Give us faith to go out with good courage...

"Lord God,
you have called
your servants to ventures
of which we cannot see the ending,
by paths as yet untrodden,
through perils unknown.
Give us faith to go out
with good courage,
not knowing where we go,
but only that your hand is leading us
and your love supporting us;
through Jesus Christ our Lord.
Amen."
-- from the Book of Common Prayer

Lord,
I have prayed
that prayer many times
as I pack
to move my family
to Columbia, South Carolina.
I trust that
you are with us,
you are leading us,
you are going before us,
walking beside us,
holding us...

But not just for us;
You are doing the same
for our friends
we leave behind.
I leave the beloved people
of Elizabethtown Presbyterian Church
with the good courage,
knowing that while
we do not know where the path leads,
I DO KNOW that your hand is leading them
and your love supporting them;
through Jesus Christ our Lord.
Amen!

_________
Over the past five years, it has been my privilege to serve as pastor of Elizabethtown Presbyterian Church.  Sunday, September 25, 2016 is my last Sunday leading worship in Elizabethtown, NC.

In October I will begin a new chapter serving as pastor of Westminster Presbyterian Church, Columbia, SC.
Posted by Rev. Dr. Chris Denny at Monday, September 19, 2016 No comments:


First of all, then, I urge that supplications, prayers, intercessions, and thanksgivings be made for everyone, for kings and all who are in high positions, so that we may lead a quiet and peaceable life in all godliness and dignity. This is right and is acceptable in the sight of God our Savior, who desires everyone to be saved and to come to the knowledge of the truth. For:
there is one God;
there is also one mediator between God and humankind,
Christ Jesus, himself human,
who gave himself a ransom for all
—this was attested at the right time.


Lord,
today I pray
for others.
Supply their needs;
Hear their cries;
Make your presence real and felt;
Use me to stand in the gap
to be Your hands and feet
Your listening ear,
Your eyes of compassion,
Your embrace of grace.

Today, I also pray for
kings, leaders,
those in positions of high authority...
Thank you for the opportunities for them to lead,
for without you they have no power.
Lord, give them wisdom to rule with equity,
give them courage to lead with humility,
give them grace to serve the good of all,
give them peace to lead us into peace,
give them the power to lay down power for peace.

Lord Jesus,
hear my prayers,
and pray with me,
and pray for me!
Amen.

Spend some time praying for the important leaders and the everyday people you noticed in your conversation. Be sure to include both thanksgiving and petitions as part of your prayer.

Prayer
Dear God, you love all people,
those the world says are important
and those the world never notices at all.
Help us learn to love all people
by praying for them—giving thanks for their lives and asking for you to help them. Amen.
Posted by Rev. Dr. Chris Denny at Thursday, September 15, 2016 No comments:

Speak, Lord, for Your Servant is Listening

Now the boy Samuel was ministering to the Lord under Eli. The word of the Lord was rare in those days; visions were not widespread.

Now the Lord came and stood there, calling as before, “Samuel! Samuel!” And Samuel said, “Speak, for your servant is listening.” Then the Lord said to Samuel, “See, I am about to do something in Israel that will make both ears of anyone who hears of it tingle.


Calling Christ,
your voice calls us
by name.
Sometimes we confuse your voice
with that of
a loved one,
a mentor,
a friend,
a stranger...

And yet,
you keep calling.
We, like the boy Samuel,
run to others saying,
"Here I am, for you called me."
But really it's your voice.

I have heard your voice before.
Sometimes it sounded
like Jeff Aiken, my childhood preacher,
like Wayne Hogan, an elder in my home church,
like my parents, as they prayed for me,
like Bobby Wilkes, a mentor pastor,
like Wayne Edge, a nominating committee chairman...
But each time
it was You, Lord.
You were calling my name
inviting me to listen
to the new thing you were doing!

And now it has happened again,
this time Your voice sounds
like Elisa Edwards and
the Westminster Presbyterian Church in Columbia, SC.
You are again calling my name
asking me to listen
to respond to a new thing you are doing.

Help us listen deeply
to your voice.
Teach us, as Eli taught Samuel,
to respond saying,
"Speak, Lord,
for your servant is listening."
And make us open
to hear where you are leading us.
Amen.
Posted by Rev. Dr. Chris Denny at Monday, September 12, 2016 No comments:

For just as the body is one and has many members, and all the members of the body, though many, are one body, so it is with Christ. For in the one Spirit we were all baptized into one body—Jews or Greeks, slaves or free—and we were all made to drink of one Spirit.


Lord,
I heard a flock of geese
flying overhead.
When I looked up,
I saw them in flying in unison
in their V formation. 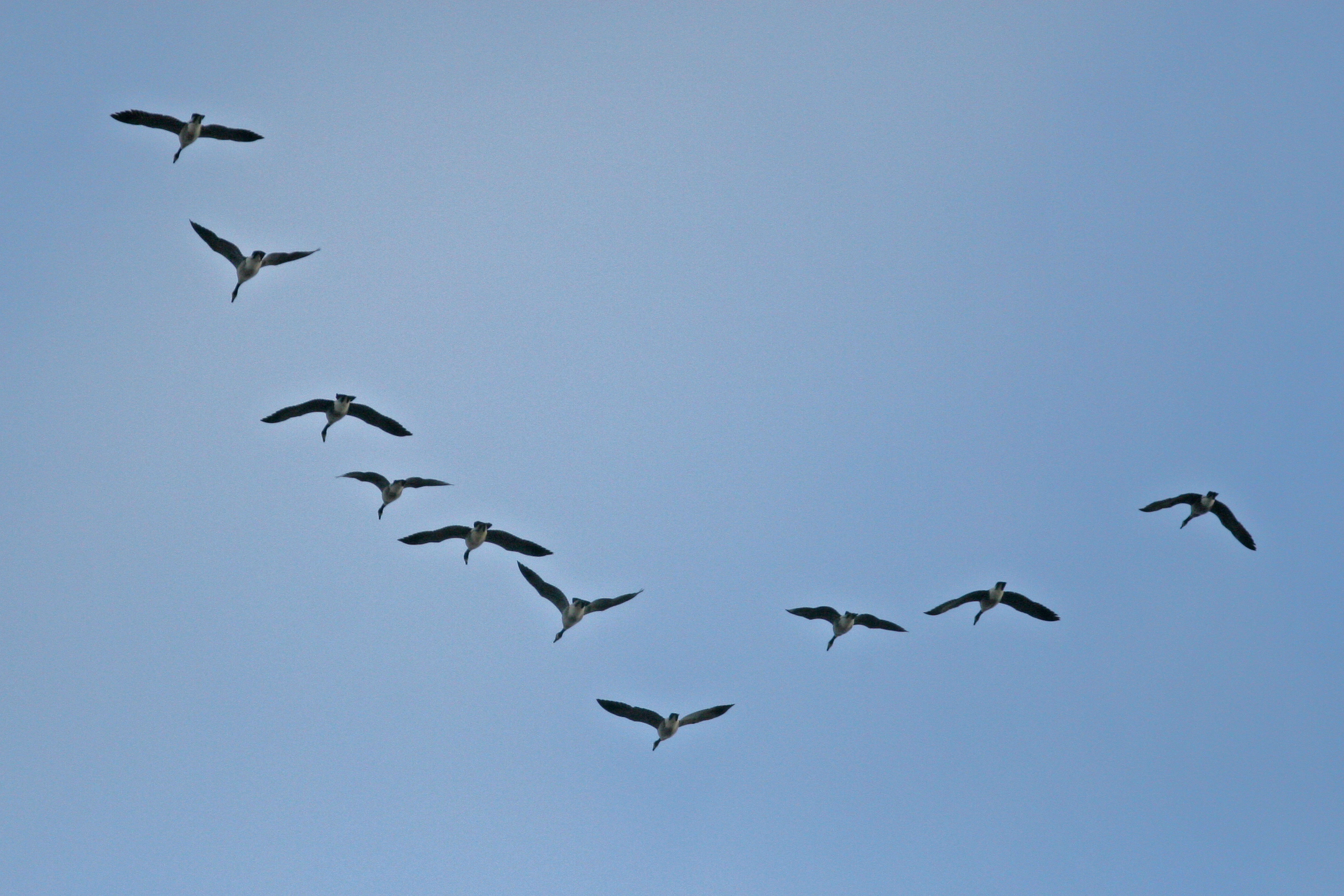 Science has taught us
when geese fly together,
each goose provides additional lift
and reduces air resistance
for the goose flying behind it.
By flying together in a v-formation,
scientists estimate that the whole flock
can fly about 70% farther
with the same amount of energy
than if each goose flew alone.

Lord,
I think it interesting
in Celtic Christianity
the Wild Goose is a visual symbol
for your Holy Spirit.

The Apostle Paul wrote
that the church is One Body,
Your Body.
We, the church,
this motley crew
an unlikely bunch
united by the binding work of your Spirit
in faith in Jesus Christ.
We are in this together.

When we fly in formation togther,
we are have more power and endurance
to be your strong witness
pointing beyond ourselves
to the life changing power of your love
for the world.

So come, Great Wild Goose,
and show the church how to fly!
Lead us to fly
with you and together
united in formation
with Jesus Christ
our Lord and Savior.
Amen.
Posted by Rev. Dr. Chris Denny at Saturday, September 03, 2016 No comments:

In the Potter's hands


We are the clay
in your hand, O Lord.
You shape us and mold us
as you see fit.

By your grace,
when we are "spoiled" in your hand,
you rework us,
redeem us,
shape us into something good
by your grace.

Help me change my ways.
Smooth the rough places in my life.
Craft me into something useful or beautiful
as seems good to you.

You are the potter;
I am the clay.
My life is in your hands.
Amen.
Posted by Rev. Dr. Chris Denny at Thursday, September 01, 2016 No comments: