Holy Week: It is on the Sunday! 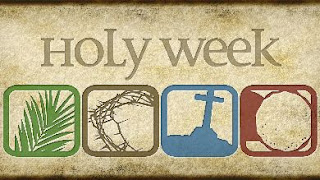 It was on the Sunday
That He pulled the corn.

They arrived with flowers,
shuffling through the dawn
as the dawn snuffed out
the last candles of the night.
Their faces betrayed the belief
that yesterday would always be better
than tomorrow
despite what he said.
He would not say it again,
So why bother to believe him on that score?

And the flowers,
They were also silent witnesses to disbelief.
Like the grass,
they were cut to be dried to death,
cut off from the root,
The bulb, the source of life.
He was the flower they cherished,
The flower now perished.
whose fate the lilies of the field,
no tight in hand,
would re-enact.

So when they passed the crouched figure
at the edge of the road,
They thought little of him,
scarcely seeing his form through their tears.
Had they looked even a little
They would have seen a man
Letting grain fall through his fingers,
Dropping to the earth
To die and yet to rise again.
It was on the Sunday
That he pulled the corn.


Jesus answered them, “The hour has come for the Son of Man to be glorified. Very truly, I tell you, unless a grain of wheat falls into the earth and dies, it remains just a single grain; but if it dies, it bears much fruit..."

Jesus' death bears much fruit in Resurrection!
Life and death are both transformed.

The Lord is Risen!
He is Risen Indeed!